The last decades of the 20th century are saturated with events transforming socio-cultural reality. We have to analyze ongoing processes and new trends; therefore, this report is focusing on the mutual linking within the two concepts – philosophy and multiculturalism in Azerbaijan. One of the aims is to explore the advantages of the country – its key geographic location, traditions, philosophical thoughts and the ideology of the so-called Azerbaijanism. In the present report, the attitudes and ideas of Azerbaijan philosophers on the western failed policy of multiculturalism and the reasons for its opposition to the Islamic world are traced. It is analyzed how, against the background of this failure, Azerbaijan sets its own multiculturalism as an effective and working model in the context of the specific discourse of the post-modern, which, together with the Islamic solidarity and tolerance, is among the main principles of the ideology of Azerbaijanism. In Azerbaijan the model of multiculturalism offers the opportunity to consider an all-human, universal context, which, in turn, allows us to perceive the modern, dynamically developing Azerbaijan society in its completeness and unity. Multiculturalism is immanently characteristic for modernity. In the Azerbaijan philosophy, it is viewed as a way of a non-violent, peaceful sublation of contradictions and conflicts between separate nations and countries.

The report aims to distribute a philosophical concept or a specific type of worldview, which is less known for the West, requiring the philosophical consideration of the problems, which are emblematic for this epoch. In conclusion the idea for the establishment of collaborative research networks is developed. 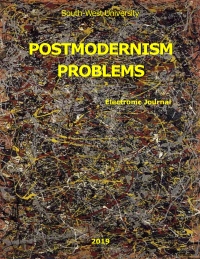