This research aims to expose how South Park, a polemical entertainment program, deals with some of the most socially divisive topics from 2015 onward, thus establishing a new type of criticism that had been, for a long time, specific to news media only. The methodology used for analyzing the reflection of the political correctness paradigm is scientific narration. The actions of an autocratic persona, PC Principal, are interpreted during three relevant episodes (#1, #5, and #8) of the 19th season. The personification of censorship through the naïve Butters, an obedient schoolboy turned into a humble clerk serving PC Principal's overzealous fight for his idea of equal rights, can remind one of Hanna Arendt's work "Eichmann in Jerusalem: A Report on the Banality of Evil." Thus, people who blindly follow orders without questioning the imposed regime might have a more significant negative influence than dictators themselves. As tolerance is becoming a feature of selfishness rather than a noble human attribute due to increased competitiveness, abnormally creating the circumstances to make one more socially visible, South Park often sanctions the excessive flaws of the liberal doctrine, exposing the various absurdities can arise from such biased behaviors. Even though the show depicts thoroughly grotesque images, the authors seem to balance them with moral teachings. The present study intends to highlight the need for an alternative to formal debates regarding social issues to avoid ideological bias.

Lyotard, J-F. (1979/1984). The Postmodern Condition: A Report on Knowledge. Theory and History of Literature, vol. 10. University of Minnesota Press. 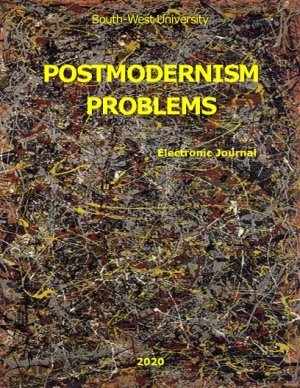